On July 11, 2016, Skyline Restoration Inc. held its Eighth Annual Charitable Golf Classic at the Village Club of Sands Point. Over 130 golfers came out to support the Skyline Charitable Foundation and to share in its mission of providing aid to ailing individuals and communities through fundraising events. The tournament’s 34 teams competed for the lowest score through 18-holes, and this year, Skyline Scaffolding Inc. took the title of winning foursome.

This year’s golf tournament raised a record-breaking total of $115,000 from which proceeds will be distributed to Smile Train, St. Jude Children’s Research Hospital, The New York Center for Children, and African Soul, American Heart (ASAH). The Skyline Charitable Foundation, which was established in 2014, gives donors the opportunity to support several organizations and causes, and since its inception, the enthusiasm and eagerness of supporters to take action and to contribute their time and resources has grown year after year.

The eighth annual tournament was the first to raise funds over six figures since the golf outing began in 2009. Eva Hatzaki, Skyline Restoration’s Marketing Director, stated: “This year’s event was wonderful, and the connection between participants, charities supported and the Skyline team was stronger than ever. We’re extremely grateful for the support that has been shown, and we’re excited to see what next year will bring!”

Smile Train CEO Susannah Schaefer, joined by Director of Community Fundraising Adina Wexelberg-Clouser, thanked the Skyline team for their dedication. “They’re incredible. You feel their passion. It’s like family and having that deep connection is important – they know that they’re changing lives,” said Schaefer.

Smile Train, a nonprofit organization that provides free cleft palate surgeries and care for children in developing countries, has helped over one million children in 80 nations across the globe.

Skyline CEO John Kalafatis noted: “Year after year this event has grown, becoming larger and more successful each time and we are now able to support more worthwhile causes. We’re very glad to be able to play our part in giving back to the community.”

Skyline President John Tsampas seconded the sentiment and added: “Today was an amazing success. Over eight years, this event has developed a life of its own.”

James Fenniman, Senior Director, construction practice, AJ Gallagher Construction Services, one of the event’s original and ongoing sponsors, also remarked on the outing’s evolution. “This has grown into a formidable event. It’s matured and expanded each year.”

Rygo Foss, Skyline Restoration’s General Counsel, introduced Skyline to one of the charities, African Soul, American Heart (ASAH) – an organization that protects, educates and empowers orphaned girls in Uganda. Foss, a special advisor to the board of ASAH, thanked the donors and extended “a special thank you” for the support of John Pantanelli, President of the NYC Special Riggers Association.

Roy Vollmer, Vice President, M&T Bank, a tournament sponsor for several years, called Skyline a “great organization that cares about its people, the community and its clients.”

The CFO of tournament sponsor Extech Building Materials, Sean Johnston, who came with Vito Pela, Vice President, praised the level of “commitment to the community, friendship and devotion to growing the business together.”

Steve Cortazzo, Director of Sales, and Dan Perakes, Technical Director, represented Cathedral Stone. Said Cortazzo, “It’s about contributing to the community and we’re honored to be part of the Skyline community.”

Carol Nevin, Executive VP, HCC Surety Group, summed it up: “It was a beautiful day for golf – and we were able to support several charities. 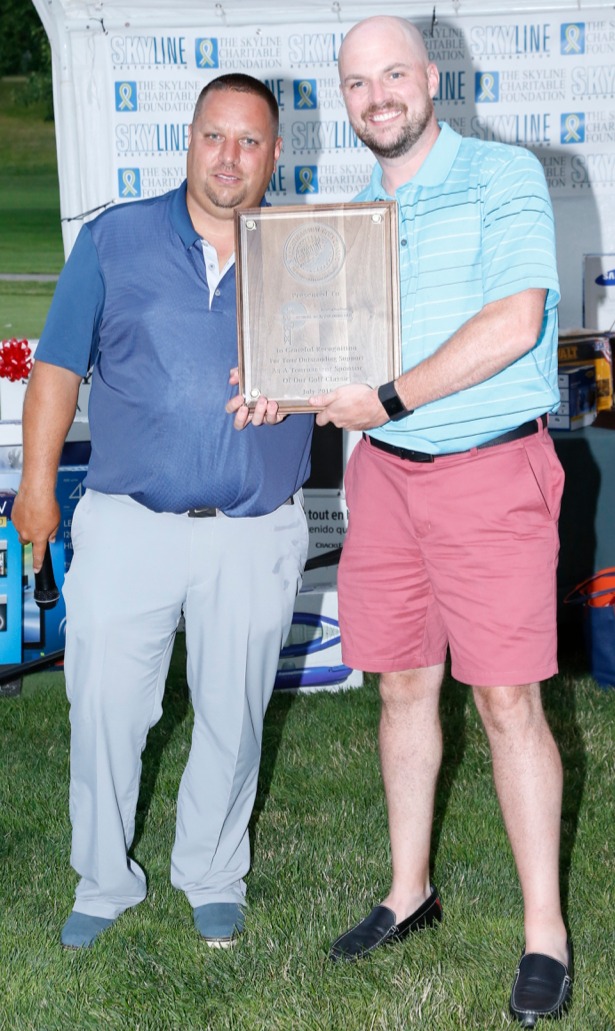 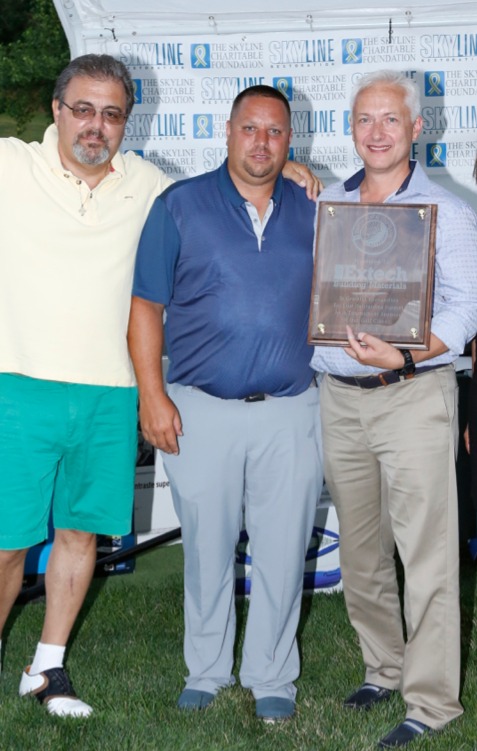 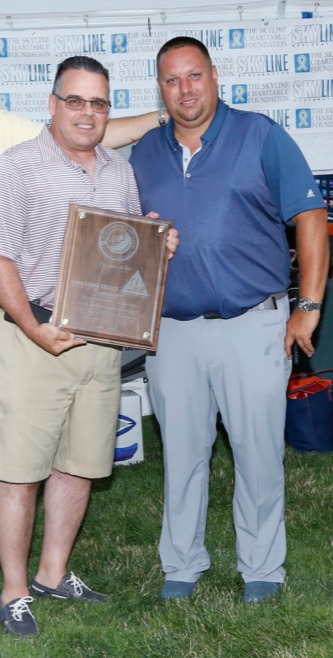 The networking benefits were also acknowledged.

Joe Hoekzema, NY Regional Sales Manager with sponsor Kemper System America, Inc., was glad the event “gave us an opportunity to network with our partners and meet potential clients.”

Tina Tapinekis, AJL&P Consulting|Surface Design Group, praised the “great way to meet and greet future opportunities and other professionals in the field.”

David Parrillo, Sales Manager, Siplast, noted, “You usually see people in a business setting – this is informal and strengthens relationships.”

Skyline Scaffolding’s Michael DeLuca, Project Executive, who came with the firm’s Sal Rexha, Director of Operations, said: “The people you meet here you won’t meet anywhere else – you’re joining together for the cause.”

Louis Gonzales, District Manager, BASF, agreed, saying: “You get to see people you may meet only once a year. It cements relationships.”

Those who came from day one and newcomers were equal in their praise. Dan Boccard of SpecMix and a player for eight years, gave kudos to Skyline for “doing a topnotch job putting this together” and complimented the “fabulous facilities.”

Jessica Sepulueda, AE Design Solution, Inc., Office Manager, said: “We’ve been coming for the past three years –it’s a great cause and it’s always good to meet new people from the industry.”

Conal Molloy, PI Manager with Swing Staging, said that while his firm has participated for many years, it was his first time and he was glad to support the cause with Skyline, “a wonderful partner.”

Second-timer David Choe, of NY Presbyterian Hospital, was “more than delighted to be a part of this event.”

First-timer Harry Smith, Vice President, Gumley Haft, “met a brand-new group of people” and welcomed the chance to “know the owners of a quality company that has a lot of integrity.”

Skyline’s Eighth Annual Charitable Golf Classic proved to be an enjoyable day for all who attended and shared in the Skyline Charitable Foundation’s vision. The generosity and enthusiasm of participants, donors and volunteers made this a memorable event that was a success both on and off the greens.