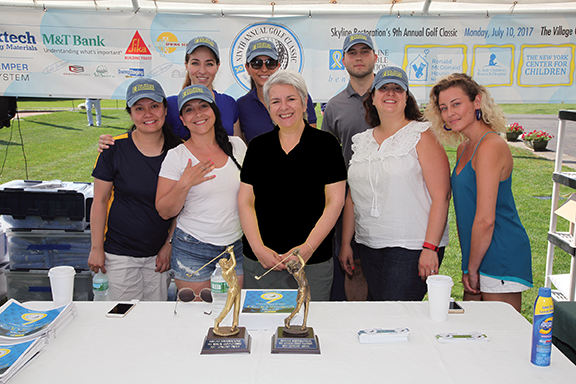 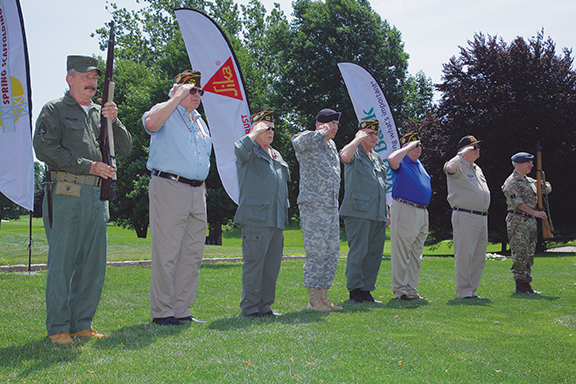 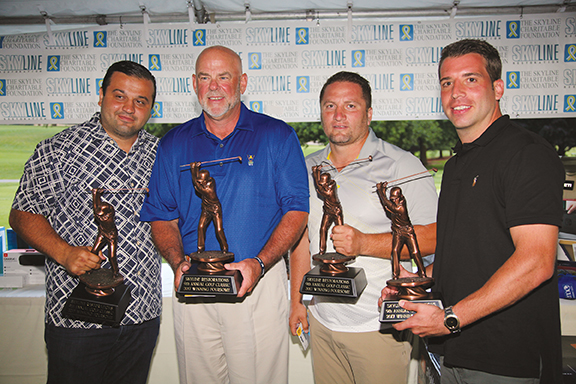 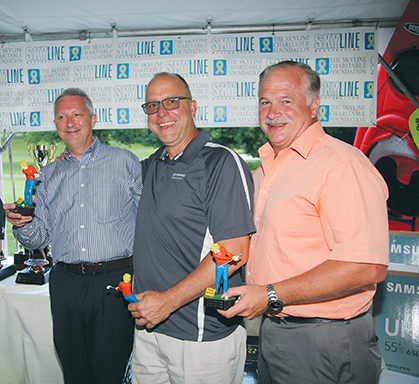 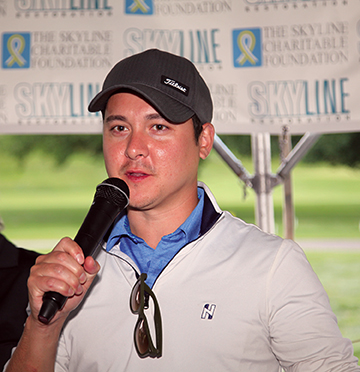 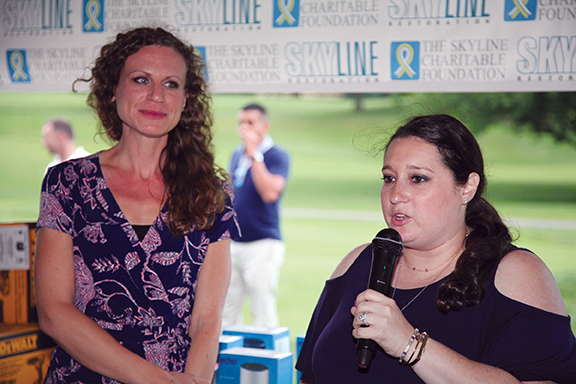 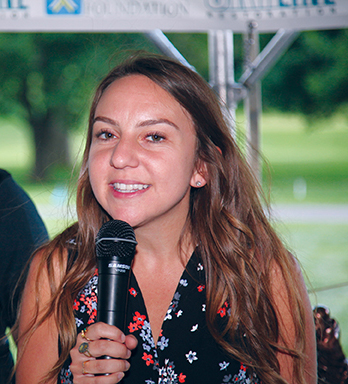 “We did it – we broke six figures again!” cheered Eva Hatzaki, Skyline Restoration’s Marketing Director as the funds raised for the company’s Ninth Annual Charitable Golf Classic continued to mount at the tournament held on a sunny July 10 at the Village Club of Sands Point.

"This event brings the construction and design community together with a single goal: to help the children,” said Eva, noting that this year’s event supports charities dedicated to improving conditions for ill or abused children.

Skyline CEO John Kalafatis likewise praised the quartet of worthy causes: “All four charities are for children. Support for these organizations couldn’t be more important as each one depends on donors to accomplish its goals. We all must develop more sensitivity to children in need.”

Eva noted that the Skyline Charitable Foundation channels the funds and distributes them among multiple causes. “The Foundation enables donors to allocate support and allows Skyline to introduce new charities as they are discovered and suggested by our employees each year,” she explained.

M&T Bank Vice President Roy Vollmer praised Skyline for acting “for all the right reasons. Without a doubt, their heart is in the right place.”

Granting company support was a no-brainer for Tim Feury, President of Extech Building Materials, who said, “We’re here because Skyline’s a great partner – and because it’s a great cause.”

Joe Vullo, Northeast Regional Manager for Sika USA, was glad to donate funds earmarked for a congratulatory plaque for Sika to the charities: “Put it forward to the cause,” he said.

William Laffey, President of tournament sponsor Spring Scaffolding, said, “Skyline is ‘Class A’. We believe in the same culture; we put people first. John Kalafatis has done so much for so many people – one of his biggest thrills is seeing others succeed.”

Renee Ruddy, President, T.W. Smith, a sponsor, acknowledged that “People in business are busy – the owners took time and a lot of effort... It’s impressive.”

John McCaffrey, Sales Manager, Von Rohr Equipment, said, “Every year they do it better – for charities that are really in need. Skyline does it right.”

Michael Frech, Executive Vice President, Sullivan Engineering, was glad to see the outings growth. “This fits our core values as a company,” he said.

Skyline’s ongoing commitment sparked ‘bravos’ from Gary Adler, Adler Windows’ Founder and CEO, who was “glad to be a part of it”.

Joining in the chorus of praise, Romano Tio, Senior Managing Director, Ackman-Ziff, commended the cause that “benefits so many children and families.”

Tina Tapinekis, a Partner at Surface Design Group, said that she “looks forward each year to being part of a worthwhile experience.”

Many gave high marks to the quality of the outing. Brad Topper, Enterprise Solutions Manager with Dewalt, called it “a first class event.”

The food, the amenities, the golf course, everything is first rate.” Kris Steele, CEO, New Castle Building Products, noted that “It’s all about the children,” and applauded the “great venue and great location.”